Godfrey Thomson   ©The University of Edinburgh

We don’t hear much about the capacity of archives to prolong or even save life.

Left gathering decades of dust, we tend to think of them as a health hazard rather than their potential for improving health and wellbeing.

A case in point is the  psychologist Godfrey Thomson. He was lauded in his lifetime for his work in developing intelligence tests.  Thanks to him, Scotland was the first country in the world to test the IQ of every child aged 11 – both in 1932 and then in 1947.

These records are now being used to study what impact intelligence has in later life. It’s brilliant because many of those 11 year olds are still alive and keen to participate in the research.

Thomson’s achievements faded from memory after his death in 1955. He was a modest academic and IQ tests were then still strongly associated with eugenics. The aim was to improve the quality of the genetic stock of nations or races and it attracted support from left-leaning advocates such as birth control pioneer Marie Stopes.

Eugenics in practice led to compulsory sterilisation programmes across the world, and under the Nazis wholesale murder of those deemed to be inferior.

Professor Ian Deary and colleagues working on Thomson’s IQ data remained curious about the man himself. Then a phone call led to Deary to jump on his bike and pedal full pelt across Edinburgh to Thomson’s old house which was being cleared. He rescued Thomson’s papers, letters and photographs and saved them the rubbish dump.

Much of this material is now on display in a new exhibition. It’s a delight. We learn more about Thomson’s  formative years in Newcastle, his PhD (in physics – and the start of his career as a polymath), and subsequent research on statistics and educational psychology.

The idea for tests was to spot bright kids from poorer backgrounds (like his own) so they could be supported.  Thomson’s work framed the development of comprehensive education in Scotland. He believed the same sum should be spent on every child’s education, testing should not just a one-off and kids should be able to move between academic and practical learning – all still relevant today as grammar schools become the focus of debate in England.

A couple of nuggets:

Thomson’s work reminded me of another innovative use of dusty archives. David Barker’s group at Southampton 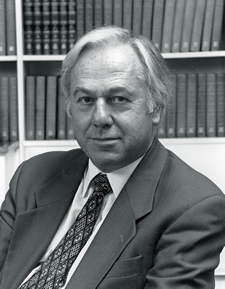 University had to physically delve deep into Lancashire birth records in the 1980s for their work.

They looked at three ostensibly very similar mill towns –Nelson, Colne and Burnley.  They were puzzled that  folk in Nelson seemed to live significantly longer than in the other two where heart disease struck much earlier.

The explanation  was that Nelson was the last of the three to industrialise. So the women who gave birth had newly come in from the countryside and were still in relatively good shape and well nourished compared to those poor souls who had for years enduring the gruelling physical punishment of working in a mill. This and further studies in Hertfordshire where midwives had kept excellent birth records led to the Barker hypothesis – that nutrition of mother and baby at the time of birth was just, if not more important, an indicator for premature disease and early death as other factors such as genetics, smoking, and lifestyle.

The Thomson exhibition runs at Edinburgh University library until November 29. Catch it if you can or catch up on the fascinating project blog.

Health crisis? – let me through, I’m an archivist…….